The splendid medieval village of Paganico, part of the widespread municipality of Civitella Paganico, hosts the Sagra della Granocchia every year between the end of August and the beginning of September, one of the longest-running and most unusual festivals in the Maremma.

The highlight of the festival is the Palio della Granocchia. The champions of each quarter of the village of Paganico (Centro, Porta Gorella, Porta Grossetana and Rione Porta Senese) compete along a route through the old town centre, pushing a wheelbarrow containing three frogs. The winner is the one who arrives first at the finish line without having lost the toads along the way. The palio takes place on the first Sunday in September and is the closing event of the Granocchia festival.

But the competition doesn't end here! The four districts also challenge each other in the kitchen with the gastronomic battle Rioni in Cucina on whose menu you will find dishes based on frogs or as they call them here "Granocchia". Also not to be missed is the historical parade, with dozens of participants in period costumes, while the evening in Paganico is enlivened by the Barranocchia with live musical performances. On this occasion, craft markets and an exhibition of ancient trades are held in the streets of the historic centre of Paganico, a journey into the popular culture that has made this small land great. 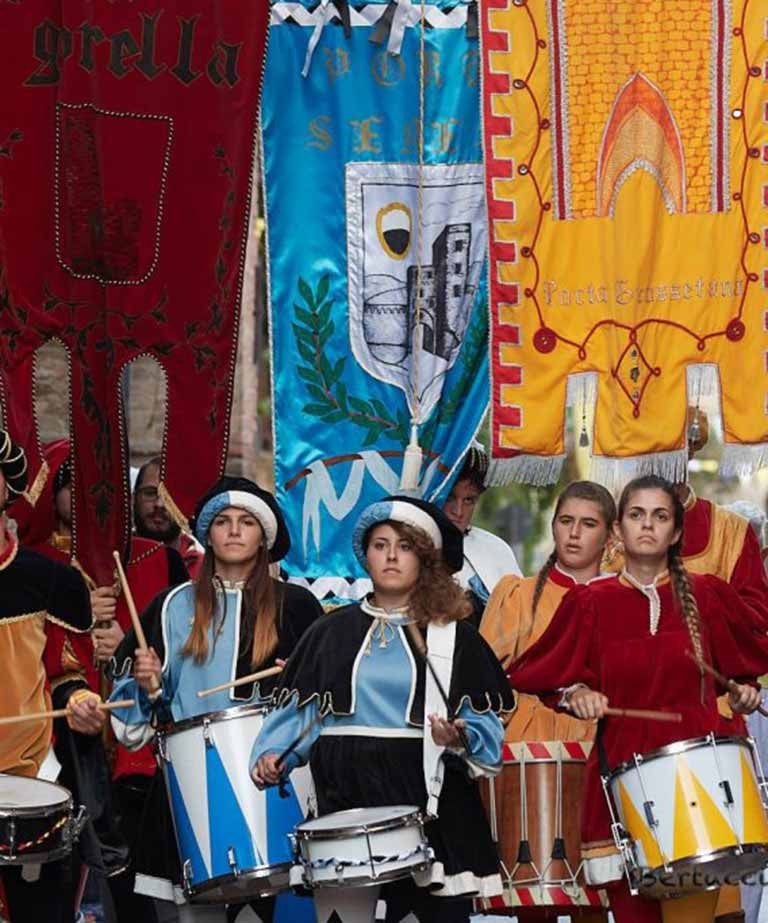 WILL YOU BE IN PAGANICO

ON THE OCCASION OF THIS EVENT?

OUR ADVICE FOR YOUR ACCOMMODATION

Maremma Toscana Experiences
you will love